Help for Animals in Need

Saving those who fell into the hands of hunters, fighting poaching. We are engaged in rehabilitation of the affected animals. 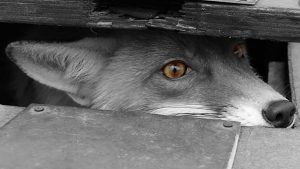 Pain points of the society for the wild animals protection

There were increased fines for poaching in Ukraine in 2017. Under the new rules, hunters should also compensate the costs of reproducing the destroyed animals. In addition, under the legislation of Ukraine, there is administrative and criminal responsibility. But due to the existing an high level of corruption in this sphere, the situation has not changed a lot. Fines still do not exceed the benefits of selling meat of rare animals to restaurants and their skins for fur coats.

It is not uncommon to use prohibited methods of hunting, such as traps and loops. We had such animals fell more than once. Let us save their lives, but the disability of the animal is inevitable in this case.

Fashion for natural fur is gradually passed. A lot of world and Ukrainian designers turn to artificial one. But, unfortunately, there are a lot of shops with products made of natural fur and women who still wear it. We take part in protest actions, and also through the resources available to us, we are trying to popularize artificial fur as a humane alternative.

A dressing is the accustoming of a dog to hunting, in which she is given biting a living animal: a fox, a raccoon, a bear. At the same time, they are either muzzled or pulled out of their teeth, and chained. The animal does not have the ability to defend itself.

The dressing is prohibited in Ukraine and assumes criminal liability, but we are constantly receiving signals about the torture of animals in this way.